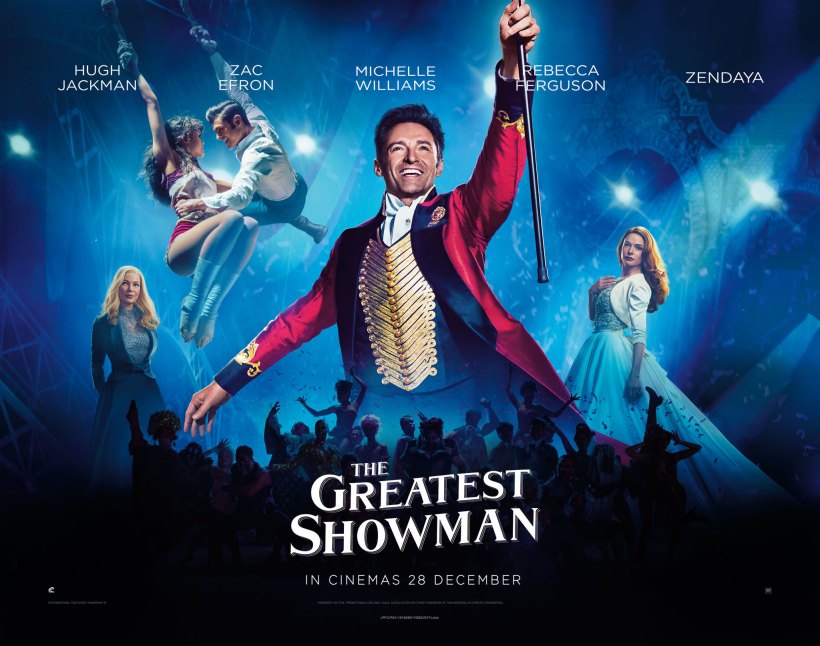 Back when I was a wee lad, my parents took me to see the stage show Barnham. I can’t remember much about it to be honest. Other than barely being tall enough to see over the seat in front of me, let alone the person sitting in it! However, the fact that my parents thought I might enjoy it, and took me “all the way to London” (we only lived in Chelmsford) left its mark on me. Ever since then I’ve always been curious about both the show, and the story, of Barnham.

So a few weeks back, I like many many other people before me, went off to the local pictures to see The Greatest Showman, starring Hugh Jackman etc, and… well.. I was disappointed.

I wanted to like it, really I did. I really thought it would be my kind of thing. Just as I also thought it wasn’t a musical. Am I the only one who was surprised by that? When I saw the trailer a few months back, I could have sworn there wasn’t any music in it!

Not that I have a problem with musicals, oh no; Dream Girls for instance, is a very good film. Moulin Rouge, also good. Heck, even The Sound Of Music would be considered by many many people as an all time classic! However, in this case, the music – which wasn’t bad – just seemed to get in the way of what could have been, and should have been, a really excellent film. Each and every time we the audience should have been learning more about a character – their background, their motivations – along would come yet another dance routine, to stomp all over the opportunity. It was tiresome. Irritating even.

In the end I stopped paying attention (because there really wasn’t much to pay attention to) and my mind started to wander, and ponder, and do all those things that it does when faced with something that clearly isn’t working. The conclusion I came to was that the film might work better on stage. In fact, the more I thought about it the more I began to suspect that this movie might just be the beginnings of a larger strategy, to syndicate a long running show here in the West End and/or on Broadway?

By the time the film came to an end the whole thing felt like unsatisfying froth.

But that’s just me.

What did you think of it? Tell me in the comments below.