My third novel came out a few days ago (read about that here), and as you might remember from my previous two novels, I find it useful to ‘cast’ each character before I sit down to write (you can read more about that here and here).

Here then, are a couple of pictures that until recently were pinned just to the right of my desk; those talented stars of stage and screen who I would dearly love to breathe life into the lives of people who up until a few days ago only existed in my head.

If you’ve already started reading My Girlfriend’s Perfect Ex-Boyfriend I’d love to know what you think. Post your thoughts, feelings, or alternative casting ideas in the comments at the bottom of this page (or here if you’re reading this in an email).

Who are they?:  Burnt out, disillusioned computer science teacher… and our hero

Who could play them in a movie adaptation?: Martin Freeman

“I cross the hall to the bathroom, close the door, fumble around for the light cord, and switch on the light. I stare at myself in the mirror. The beard’s gone. Well of course it has. It was only ever an imaginary beard. I stick out my tongue and check the colour. I’ve no idea why really, it’s just what you do, isn’t it. Anyway, it seems to be the usual shade of pink. In every way I look exactly as you’d expect a stressed out, over-worked male schoolteacher – one who’s approaching his forty-sixth birthday and suffers from regular bouts of insomnia – to look.” 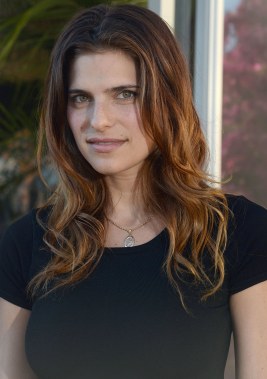 Who are they?: Fiesty PR executive, and Adrian’s girlfriend

Who could play them in a movie adaptation?: Lake Bell

“Maybe, Mr Schoolteacher,” she says, patting me slowly and gently on the leg, “this is for the better. I think you are the very nice man, but Paige, she is the Queen of Ice.” For a second or two I want to leap to my girlfriend’s defence with a ‘how dare you’… but again anger won’t achieve anything, and it’s hard to get angry when you’re up to your calves in warm water.

“I mean, I can see why you’d say that,” I admit. “She does come across as a bit brittle sometimes, a little abrupt, a little confrontational… maybe… but that’s just how she deals with the world.” I look down at my legs, illuminated by the pool lights, and move them gently to create ripples in the water. “It’s a defence mechanism,” I continue. “I see it every day at school. Young people developing different strategies to protect themselves against whatever life throws at them. You have the class clown, the bully, the hermit… and you have the Paiges.”

Who are they?: Paige’s perfect ex-boyfriend.

Who could play them in a movie adaptation?: Jim Carey

“The problem is he’s too much. In every way. He’s just too much. Too tall, too hairy, too loud, too brash, too rich… it’s like he’s a walking, talking magnet for the excesses of life. Is it any wonder that he was such a massive part of Paige’s life? He wouldn’t know how to be any other way. Invite this man into your life and he’d just fill up all the available space, and then some. He’s like an over-enthusiastic car air bag.

And that’s the other problem. The real problem. Sebastian came into Paige’s life and filled it up. Took over. He’s all she’s known for too long. Can you blame me for feeling paranoid? For expecting her, at any given moment, to ditch me and return to the arms of a man that, in every way, is better than me. Why wouldn’t she? So he’s arrogant, and big headed, and smug, and cocky – but from where I’m lying, with my handful of mediocre qualities, he has every reason to be.”

My latest novel, My Girlfriend’s Perfect Ex-Boyfriend, is just 99 pennies for a limited time only. Click or tap here to visit amazon or type BuyTheBook.TODAY into your web browser.

And remember, you can follow me on social media via the links below

2 thoughts on “Who could be in a movie of ‘My Girlfriend’s Perfect Ex-Boyfriend’? Part 1”