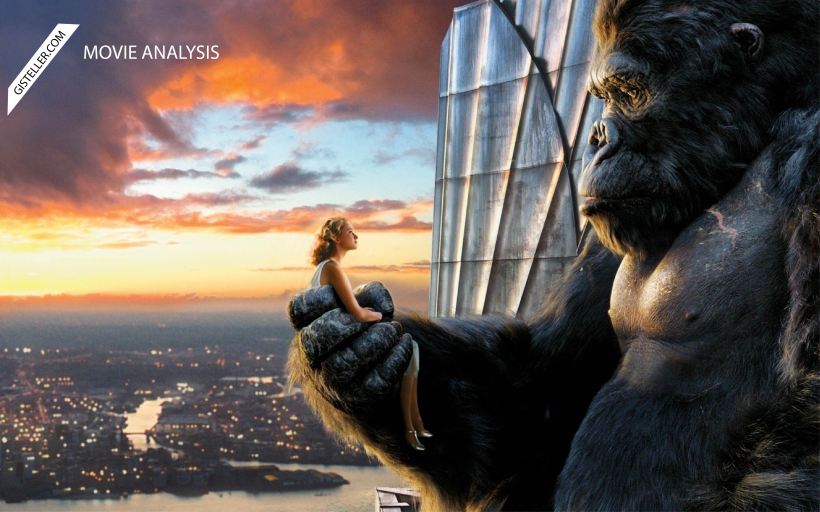 Well WHAT A RELIEF! I mean, there was I breaking into a cold sweat wondering if the powers that be had run out of movie ideas or if they were going to be forced to remake ‘Spider Man’ for the umpteenth time… oh wait.

Anyway, it was whilst I was having this very conversation with a friend of mine that I was reminded that the last King Kong movie, in 2005, was really rather good – a point which I was unable to dispute because somehow I never saw it. So, I punched up my LoveFilm app and rented it right away, (first person to mention NetFlix gets a slap) – and a week or so later I was watching Jack Black lark about with an oversized monkey. Here’s what I thought of the movie (warning: this review contains some spoilers):

Jeepers it’s long. Honestly, there are times when I wondered whether it was EVER going to end, and I think part of the reason it feels so drawn out (although this isn’t just a feeling, it is 3hrs+) is because at times King Kong is nothing more than a dull monster flick.

A common problem with films of today, in my humble opinion, is that they spend too long on fight sequences, car chases and special effects. It’s as if filmmakers find themselves struggling to spend the zillion pound budget they’ve acquired, and so they shoe horn in another explosion, or a few more more car crashes, or something else to go whizz bang pow. But the thing is, we’ve seen it before – 1,000 times! In 3D! And in Dolby Stereo! Even back in 2005! That stuff isn’t impressive any more! Get on with the bloody story!

In Kong’s case, there are long drawn out sequences where Peter Jackson (director) actually seems to have forgotten all about Kong and Ann Darrow (Naomi Watts) preferring instead to concentrate on the other characters and yet another run in with more dinosaurs or overgrown bugs. Which would be absolutely fine if this were Jurrassic Park, because that’s the point of Jurassic Park, but this is King Kong! The clue is in the title.

In fact, now that we’ve mentioned Jurassic Park, there were moments when I caught myself thinking WWSD (What Would Spielberg Do). There’s a scene for instance when Carl Denham (Jack Black) drops his camera and loses all the footage he’s been filming. It’s a pivotal point in the story, and it’s over in a heart beat. Whoops – dropped my camera – bugger. Now, were Spielberg in the directors chair that camera would have rolled down a hill, fallen through a crack in the ground formed by an earthquake, and after being tossed in the air by a passing dinosaur, it would end up hanging on a flimsy branch by its shoulder strap, inches from Carl’s finger tips. But he can’t quite reach, and he’s forced to crawl his way along the branch, on his belly, 150 feet above a river of flowing lava, and just as his fingers touch the strap… well you get the idea.

One thing Spielberg wouldn’t have done is forget about the relationship between Ann and Kong, which is the WHOLE POINT of the story. But somehow, despite the film being over THREE HOURS LONG, we barely scratch the surface of what is, in essence, a story of the world’s most unlikely romance.

Two other things bugged me; Jack Black seems wrong for the role. Don’t get me wrong, he’s still excellent, but somehow not villainous enough. And that’s my second beef. The villain doesn’t get his come uppance! So he loses his monster on the opening night of his show. Big deal! WWSD? He’d have had Carl standing on the sidewalk, looking up, when the hairy one eventually falls from the Empire State building, and… squish.

But maybe I’m wrong. Maybe it’s the best over-sized gorilla love-story remake of our generation, and the new one will feel like a half-hearted rip-off. Have your say in the comments below…

And now compare with this year’s offering…